There is a very interesting alignment of power places which is very connected to the creation of New Atlantis. 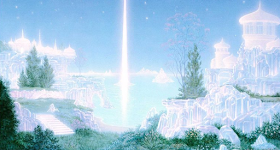 Before I continue, I need to explain what is meant by New Atlantis and some of its history. Atlantis is a name used to describe the creation of a world of Light, the new society that will be beyond duality. The first template for this society was anchored in the Pleiades millions of years ago. Moldavite stones came from the planet where the first Atlantis was established, they are a result of an explosion caused by experiments made during this first Atlantis, and therefore hold a connection with the energy thread of the creation of Atlantis. 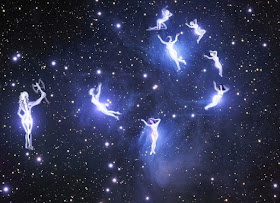 The second Atlantis was created on Earth with its main anchor on a continent which was located in the northern Atlantic ocean around the Azores islands. This was originally a society of pure Light, which later got infiltrated and entangled in conflicts created by dark forces, resulting in the beginning of prison Earth 26000 years ago and sinking of Atlantean continent 13000 years ago.

During last 13000 years, Light forces have kept the flame alive, working on long term plans for the creation of the New and final Atlantis once dark forces will be completely gone and the whole world can live in the Light again. 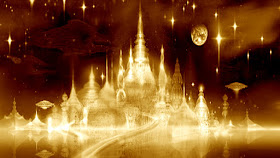 One of the first and main anchors for this is located at the eastern side of the Mediterranean which was an Atlantean colony, and then when the Atlantean continent sank some Atlantean Light groups went to settle there, especially around Egypt and Israel.

Heritage from these groups was passed down through generations, especially among Essene groups who were behind Kind David and Solomon and later behind Jesus and Magdalene, who then passed it along when Magdalene went to France, resulting in the creation of Templar, Cathar and Priory of Sion groups, who then spread out internationally, and who, despite suppression and infiltration from the dark, have worked on these long term plans towards New Atlantis.
St Germain/Francis Bacon emerged from these groups and has worked very closely with Light templars.

Now let's talk about the alignment. One central point in this alignment is the Palace of Versailles near Paris. There are strong connections between this place and St Germain who was very active there especially during 1700s, trying to inspire new ideas and reforms within the royal court in connection with the original Freemason networks (before they were infiltrated by the dark, when they still had very strong connection to the Light). He also was working energetically to initiate some members of the court to Goddess mysteries, especially the Princess of Lamballe. Energy from these initiations is especially strong around the Temple of Love in the Petit Trianon, which was the queen's quarters, who was a close friend of Princesse of Lamballe.
We will see that this New Atlantis alignment is very connected with St Germain, who of course is one of the main actor working for the creation of New Atlantis.

The Versailles palace is built along a main axis : 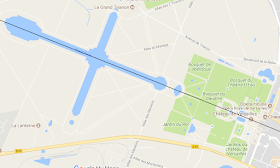 If we extend this line towards the East, we arrive exactly at the Dome of the Rock in Jerusalem, a main historic anchor for some of the Atlantean Light groups I was mentioning (Essenes). Templars are named after the Temple of Solomon in Jerusalem in that same location. Distance from Versailles to Jerusalem is about 3333km.

Along this line are some other very interesting locations. 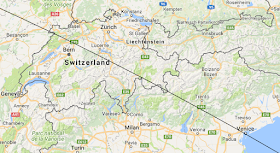 It then goes exactly through Venice, a central Goddess vortex, and anchor for Light groups in which St Germain was initiated into Goddess mysteries : 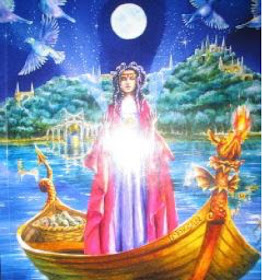 It also notably goes through Greece, another strong anchor for ancient Atlantean groups. It goes exactly through Alexandreia in northern Greece (Alexander the Great was connected to Atlantean heritage groups), and then very close to the island of Samos (home of Pythagoras), and through the island of Chios, a strong vortex with rich history and strong special geological characteristics. 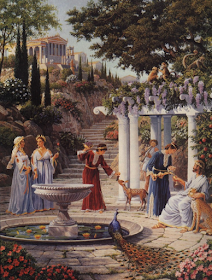 Back to Versailles, if we extend the line towards the west, it arrives exactly at the obelisk outside the White house in DC.
This is especially significant as St Germain was the main force for the original creation of USA, which he envisioned as the first anchor for the New Atlantis. He was very connected to the original founders of USA working in DC. Unfortunately USA was then strongly infiltrated by the dark, but once they are removed a Renaissance will come in USA and New Atlantis will bloom there, thanks to the template and vision anchored by St Germain and the Light forces working with him.

The distance between Versailles and the obelisk in DC is about 3333 nautical miles.
This alignment goes exactly through all the main cities on the northern east coast, Boston, New York, Philadelphia, and DC : 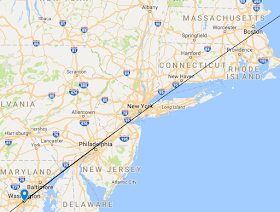 It also goes through the west part of Long Island, very close to the Temple of Love built there, which was modeled after the original Temple of Love in Versailles, which was a main anchor for the energy of Goddess initiations by St Germain in the court of France :


It then goes notably through Asheville NC which is a strong vortex, and then through Atlanta(is) in Georgia.

It then goes down through Mexico, another strong anchor for ancient Atlantean groups, notably it goes exactly through Tula, ancient capital of the Toltec empire. The famous statues on the pyramid there are commonly called the 'Atlanteans'. 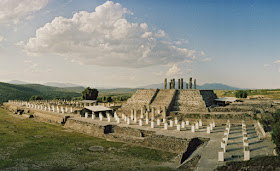 It's also interesting to note that the line also goes through Cornwall England, a main anchor for the Light groups around King Arthur, and also through Nova Scotia Canada, a strong anchor for Light templars and St Germain/Francis Bacon (Oak Island).

To clarify, I am not saying that these are the only places for New Atlantis, there are many other strong places besides this alignment, this is just one particular alignment with very strong connection to it.

Let's anchor the Light back into the grid to anchor the template for New Atlantis again, I would suggest people to bury Cintamani stones anywhere along this alignment, and also keep burying more everywhere around the Earth until we finally reach breakthrough.